When I was a kid, I think my very favorite Carl Barks creation was Gyro Gearloose. Gyro had appeared as a supporting character who was soon starring in backup stories in various Disney Duck comics. It was hard to have a favorite Carl Barks character with competition like Donald, the nephews, and Uncle Scrooge. But somehow Gyro Gearloose was able to rise above the others, at least in my estimation. I guess, for me, it was because Gyro was an inventor and as a kid I was endlessly fascinated by science. Even when it was comic book science being studied by a childlike inventor with an enormous genius for fabrication.

I have the first appearance of Gyro in an issue of WALT DISNEY'S COMICS AND STORIES (#140) which is supposed to be rare, but which has to be one of the single most common Golden Age comics of which I know. Study Ebay or the stocks of any decent comic dealer at the next convention you attend and you will likely find many copies of that book. I assume that the feedback must have been positive, because Barks returned to Gearloose again and again, finally culminating in his own tryout books in Dell's FOUR COLOR title. Alas, sales must not have been quite good enough, because after a few issues (at least three in that tryout format), he was not awarded his own continuing free-standing title.

He was also never used in the cartoons of that era. I've heard it said that this was likely because the Disney animators instead went with Ludwig Von Drake to stand in as the miraculous inventor within the Disney cartoon universe. There just wasn't room for two such characters in the Disney toons.

One thing that I got a kick from when I was a kid was Gyro's assistant, "Helper". This was a little metal robot about the size of a human hand (or a cartoon duck's hand). He moved about almost as a little stick-figure person, the gimmick being that his head was an a-ha moment light bulb. Barks was no dummy when it came to being uniquely clever. Gyro would often get himself into trouble with his inventions, and just as often his little helper would find a way to get him out of a jam. A faithful friend. Every kid likes the idea of a faithful friend.

Two of my favorite bird species. The wild turkey, and its close relative, the Turkey vulture.


Posted by James Robert Smith at 12:54 PM No comments:

Various photos from some of my hiking and backpacking trips. Just the trails, thanks. If I can recall where I took each one, I'll list it. (Let's see how well the old memory works.)

One of my favorite comic book creators was Carl Barks. He was an animator at Disney. Back in the 1940s and 1950s, Disney comic books were selling enormous numbers. Enough so that Walt needed someone reliable to put in charge of the Duck comics and to keep things on an even keel. This was house important the comic books were to the man who owned the company. So he searched his company talent and settled on one of his best storyboard artists to write and illustrate most of the Duck stories for Dell Comics. That man was Carl Barks.

Even when I was a very young kid...as young as eight...I wondered if the same men who drew the comics were the same men who were also writing the comics. Without ever knowing for sure, I decided that my favorite Duck artist was also writing the stories. This was because of a single panel. At the end of the story there was a panel with a tiny pair of silhouettes off in the distance. The story had involved an elephant and way, way, way back, almost out of sight, you could see this tiny silhouette of Uncle Scrooge leading the huge pachyderm away, the elephant's trunk hooked in Uncle Scrooge's cane.

That did it for me. I knew that only the man who could draw a delightful detail like that could have written the story. It wasn't until some years later that I learned that my favorite Duck artist was named Carl Barks, and that he indeed did write and illustrate the stories. And, of course, it later became obvious to me that Jack Kirby and Steve Ditko were also writing the stories (even if that credit was stolen from them).

I still collect Carl Barks comics. Later in life, when he had retired from comics, he had been given permission by the Disney company to sell paintings of the Duck characters. He was doing quite well at this for a while until an unscrupulous businessman made posters of one of his paintings and sold them illegally. Disney got wind of it and withdrew their permission for Barks to do his paintings. Carl Barks created a tremendous number of characters for the Duck books that he wrote and illustrated. Uncle Scrooge. Gyro Gearloose. Gladstone Gander. Flintheart McGlomgold. The Beagle Boys. And so on. It had to be rough for him not to be able to render these paintings, especially when he had created them.

Below, some of my Disney comic books featuring art and stories by Carl Barks. 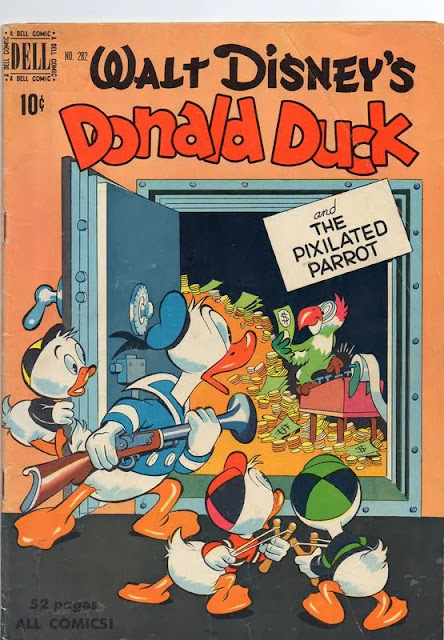 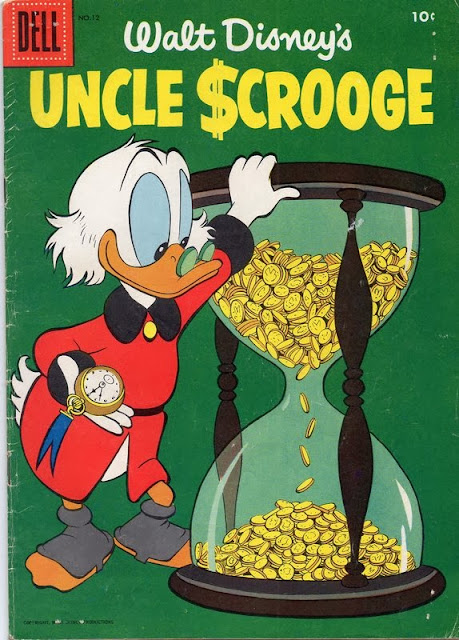 Posted by James Robert Smith at 8:42 PM No comments:

A brief excerpt from an as yet unpublished novel:

Email ThisBlogThis!Share to TwitterShare to FacebookShare to Pinterest
Labels: Novel Excerpt, On writing

I used to refer to Ditko's work in the 1970s and 1980s as his later period. Of course he has continued to work without interruption ever since, so I need to stop thinking of that period in his career in those terms. When Charlton Comics ceased publication, it had to be a tremendous blow to Ditko. He had worked for them since he had become a professional comic artist until they closed their doors. Their page rate was notoriously low, but Ditko could always be assured of steady work at Charlton. He did a lot of covers for them, and since they must have paid more for covers than interior art, Ditko could generate some income by doing those in quick order. You can see that the creativity and dynamism of his art was not affected by the corners he was obviously cutting when compared to his earlier work. But the fine detail was missing. A smart move for a draftsman seeking to finish a job and get on with the next task.

The books he did for Charlton during this period have been relatively easy for me to locate and purchase at reasonable prices in even higher grade. But I suspect that situation will change in the future, so I continue to buy the issues I need whenever I encounter them. 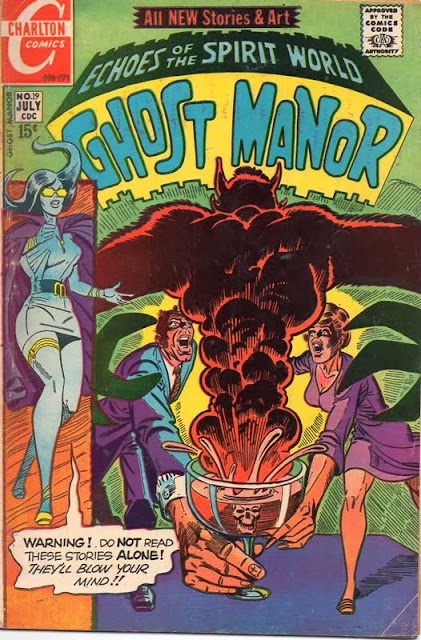 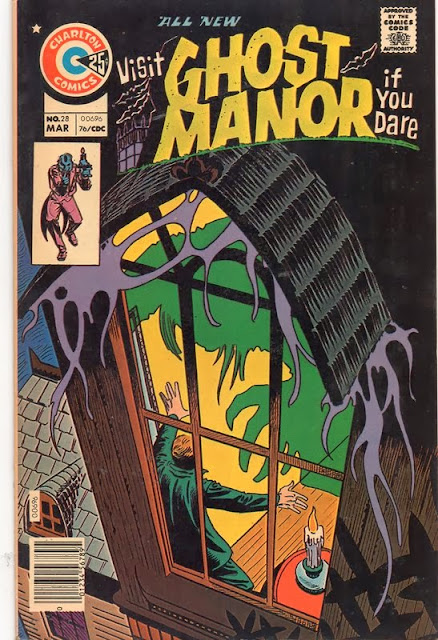 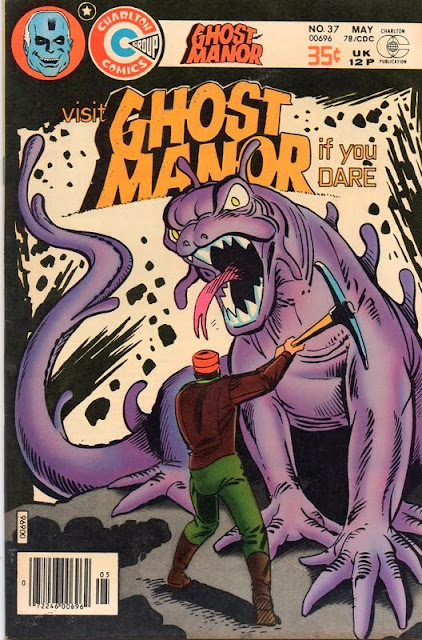 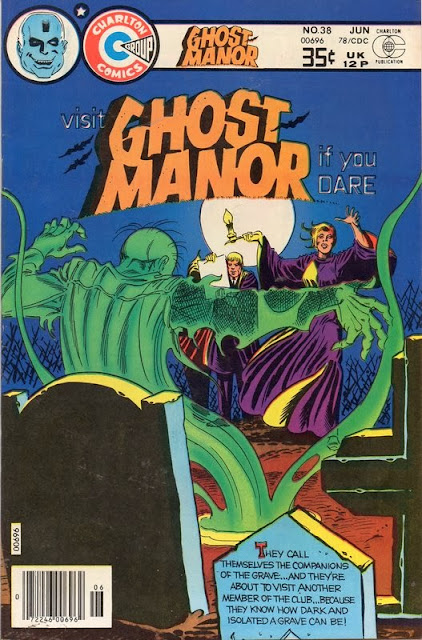 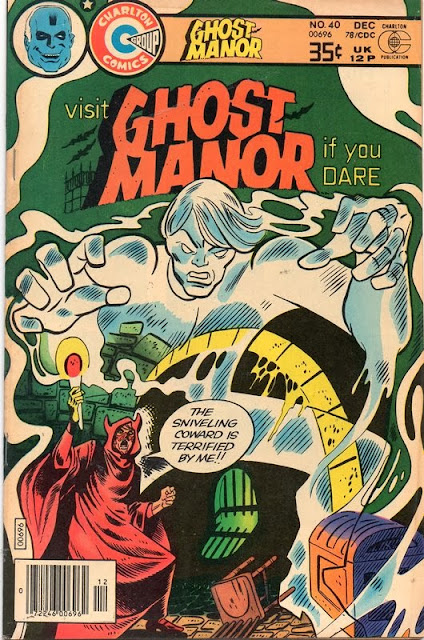 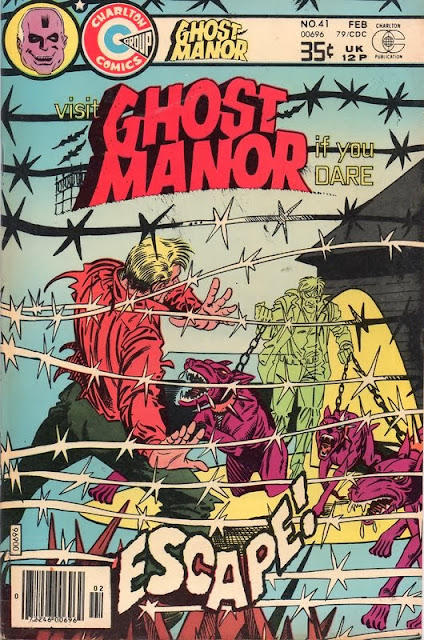 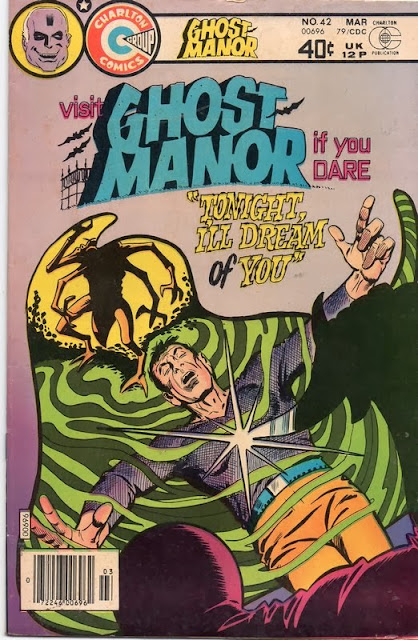 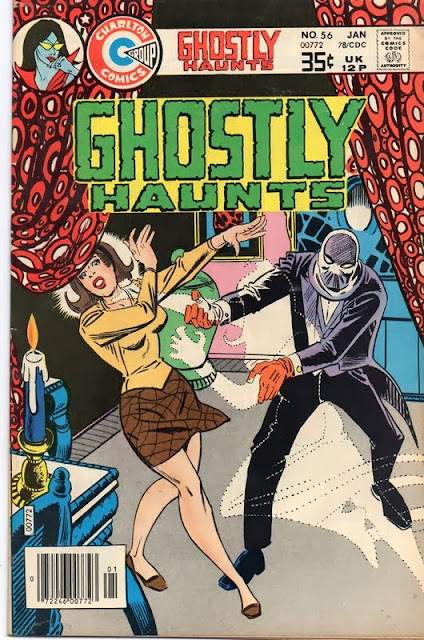 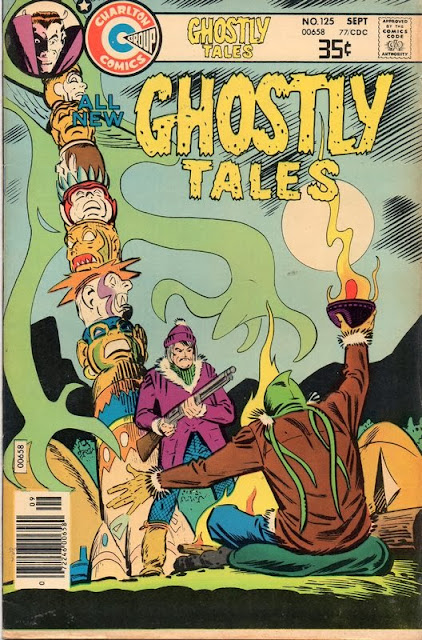 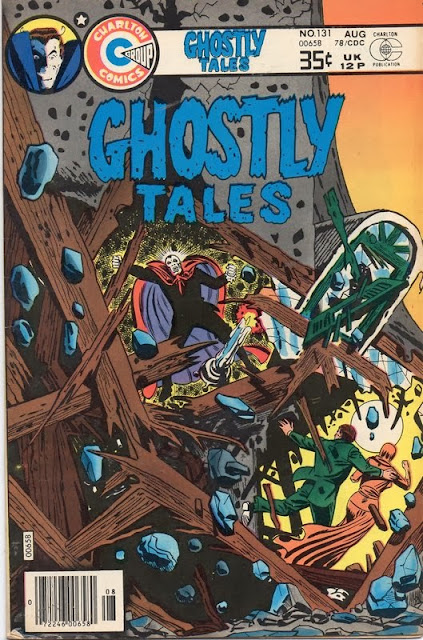 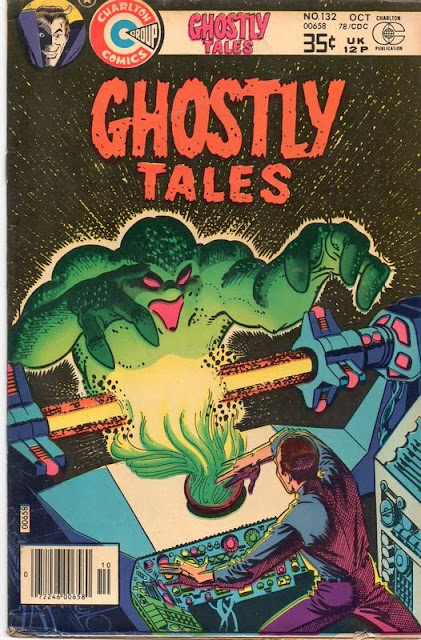 I'm thinking of going camping this weekend. I have it narrowed down to two spots, both beside waterfalls.


Choices...
Posted by James Robert Smith at 7:00 PM No comments:

My two favorite comic book artists of the Silver Age emerged from Marvel Comics. The creations and the stories that flowed from these men amazed me as a kid. Their work was like magic.

But they were very different. Kirby was all about inspiration, and Ditko was introspection. Kirby was power and solidity. Ditko was strangely frantic.

No more for today...for now I am extremely tired. Too tired to even muse further on the works of two of my childhood idols. I always had the impression that Kirby's work inspired and pushed Ditko to new heights. And that Ditko's work pushed Kirby to go places he might otherwise have never considered.